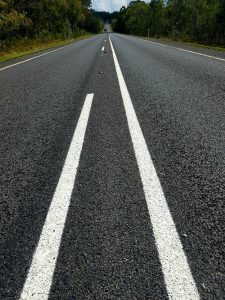 Minister for Transport and Main Roads Mark Bailey MP has responded to the recent petition signed by 12,148 people calling for urgent action for safety improvements along our local main access roads.

The Department of Transport and Main Roads’ (TMR) records indicate there have been four fatal crashes on Tin Can Bay Road between 2011 and 2019, and 13 fatal crashes for the 18-year reporting period between 2001 and 2019.

“The Palaszczuk Government has…invested $300,000 in the 2021–22 to 2023–24 financial years to investigate potential locations for additional overtaking opportunities on Tin Can Bay Road,” Mr Bailey said.

He states that the Queensland Government has allocated over $23 million in safety improvements on Tin Can Bay Road and Rainbow Beach Road from 2007 to 2021, including a $700,000 jointly funded project under Tranche 2 of the Australian Government’s Road Safety Program to install wide centre line treatment on a 36-kilometre section of Tin Can Bay Road, between Lillis Road and Dugong Street.

Works will also include audio tactile line-marking on a 13-kilometre section of Tin Can Bay Road, south of Dugong Street.

Mr Bailey noted other projects included in this allocation:

Mr Bailey said that the recent $300,000 investment in planning will assist with identifying potential future upgrades and cost so that funding opportunities can be considered.

He states: “TMR will continue to monitor Tin Can Bay Road and Rainbow Beach Road to ensure these roads remain in a safe and trafficable condition.”