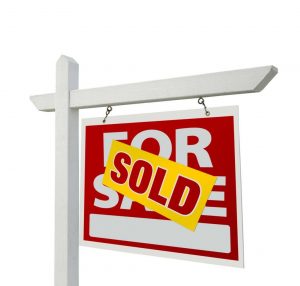 Andrew Hawkins of Rainbow Beach Realty has noticed an upward trend in the marketplace, which can only be good news for the area.

“2017 has been our busiest year in a decade with sales activity continuing to pick up,” he said. “There were early signs of a recovery at the end of 2016 and for all of 2017 it continued to build.”

Vacant land seems popular, with a recent ruch of sales, according to Andrew. “We have six blocks under contract or sold in the last two months, with the last few receiving multiple offers.”

Andrew believes the shift is due to business confidence in town, competitive house prices and an increase in new visitors to Rainbow Beach.

“We are seeing an even split of buyers between owner occupiers, investors, and future occupiers who are wanting to move here sometime in the years ahead.

“2018 is set to be a very active year for the Rainbow Beach property market. With a tightening of supply of established houses and only a few blocks of vacant land left on the market the signs are all positive for property in Rainbow Beach.”

“We have seen an approximate 20% increase in sales transactions compared to this time last year,” Dee shared.

“Vacant land has also been moving. People are just starting to notice that there are not that many vacant blocks left in Rainbow Beach township or Rainbow Shores.

Dee believes the reason for the shift is a combination of increased construction of residential dwellings over the past 8-10 years, along with the realisation that there is no plan to release additional residential land in Rainbow Beach.

“What we have is what we have and as we are surrounded by National Parks and ocean; there aren’t a lot of other options.”

Approximately 80% of buyers are investors, with the view of moving here in the longer term..

“Generally speaking, people who are looking to move to Rainbow Beach as residents tend to look for properties with sheds/carports for boats and/or caravans; happy in the knowledge that they get to visit the beautiful beach whenever they like.”

Dee agreed with Andrew’s observations on the competitive pricing in the area. “Prospective buyers and holiday makers are saying how affordable Rainbow Beach is compared to other coastal areas such as Noosa, Coolum and Peregian.”

It appears Rainbow Beach is rapidly becoming the place to be.