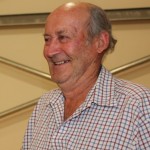 After some exceptional catches through July and August we have had to work harder over the last month to top up the esky.

The weather hasn’t helped our cause, as we have endured some rougher days offshore than we expected, thank you Weather Bureau. 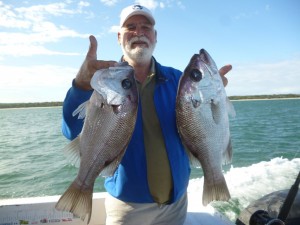 Ray with his pearl perch pair

Snapper catches over the last month tapered off, with the biggest fish appearing on the closer reefs. Out wider, snapper were mainly smaller and around legal to 2kg.

Other species from the wider grounds have included parrot, hussar, gold spot wrasse, pearl perch and a lot of Moses perch with Maori cod.

On the closer reefs pearl perch have been biting consistently. Other species in close have included Moses perch, squire, sweetlip, gold spot cod, parrot and a few big snapper to 6kgs. 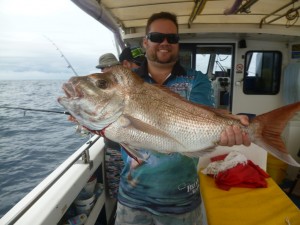 Another snapper for Rob

As I write, the weather for the third weekend in a row is bad with all Charters cancelled again and it looks like this pattern may continue for a while… hopefully not.

‘Til next month – stay safe.