Home  »  Featured   »   Parking, planting and paths are priorities identified by Our Towns 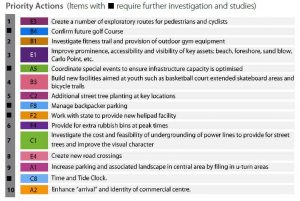 The Our Towns Final Draft Concept Plan for Rainbow Beach was released for public display March 6. You have until  April 3 to comment.

Council seek further feedback from the community to finalise plans for Stage 5 of the “Our Towns” Sustainable Centre Program at Rainbow Beach.

It identifies several key immediate and short term priorities for Rainbow, representing the following issues raised by the community during the consultation period:

The program, focused on supporting and enhancing the Region’s townships as attractive and desirable places to live, work and visit, forms part of Council’s continued focus on economic advancement.

The focus Council’s planning for Rainbow Beach centres on streetscape improvements including landscape design, and improvements for pedestrian access and strengthening tourism attributes. 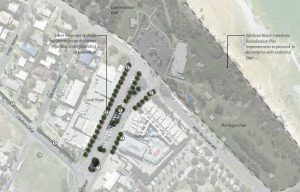 Mayor Mick Curran said “Rainbow Beach is a premier tourism destination for national and international visitors and we want to make sure that it will have sustainable long term growth by providing appropriate design and infrastructure.”

“We believe that the community is best placed to provide feedback on Council’s planning proposal and we encourage everyone to get involved and Have Your Say.” he said.

A preliminary round of community engagement has already been undertaken by Council and contributions from community have been used to develop the Final Draft Concept Masterplan that was considered by Council in a workshop on March 1.

The full report will be available at www.gympie.qld.gov.au/our-towns and Rainbow Beach Library.

The final Concept Master Plans and priority actions for the townships of Tin Can Bay and Cooloola Cove have been endorsed for progressive implementation.

Council has committed significant funding of $400,000 total to undertake detailed design and construction of a first round of implementation projects within both townships in the 2015/16 financial year.

Based on the outcomes of the consultation exercise, the focus of the work Council is planning in Tin Can Bay and Cooloola Cove will centre on streetscape improvements including landscape design, improvements for pedestrian access and strengthening tourism attributes. Tin Can Bay will benefit from an improved public realm within the Local Centre and Community Precinct and Cooloola Cove hub will benefit from the investigation and delivery of a pedestrian linkage from the Local Centre to surrounding residential areas.

The consulting project team is now developing the detailed concept plan/landscape design for the selected priority action/s which will enable Council to proceed with drafting construction drawings.