Home  »  News   »   Paint the characters of Rainbow at ArtyBall 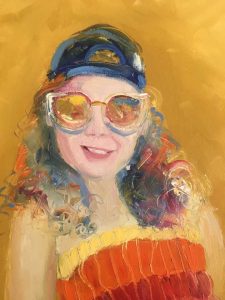 Interest is growing in the ArtyBall project with chief project officer, Leonie Guerin, saying she has received an encouraging response from the local public in contributing portraits of other locals.

Whilst coy about the actual number who have committed, Leonie says, “I am very confident that there will be at least 25 works displayed for public voting in early October.”

She added, “Local business is also supporting the project.”

The ArtyBall is a twist on the national Archibald prize. Create a portrait of a local in whatever medium the ‘artist’ chooses. If you have someone in mind for your portrait, let them know as soon as possible as it is first in – each person can only be featured once!

Entries must be delivered to the Community Centre by October 5 to be displayed in town for voting until October 19. Votes will then be counted and the winner announced at the gala ArtyBall in the hall on October 20, where all works will be displayed and auctioned.

The gala ArtyBall Ball will feature music by The Recliners, so dress smart or elegant and enjoy the evening.