All over the coast the hats and fascinators and delicious buffets appeared for this revered Australian event.

The unique “Races around the world” at the Rainbow Beach Sports Club inspired dress ups to represent six international race meets. Best dressed winners could not be split between the Sheiks from Seary’s Creek and the intricately sequined Kentucky Derby Girls.

The novelty photo booth on the upper deck produced plenty of traffic throughout the afternoon.

In Tin Can Bay there were celebrations of all kinds, not only the winners of the cup but also the first chance to sample the food in the new restaurant – “Dolphins on the Bay” at the Yacht Club.

Dressed in splendor, the ladies tried to outdo the Melbourne crowd. Money changed hands after several ‘Hobby Horse Races’ and sweepstakes.  The Commodore judged the headgear with great aplomb.   The competition was fierce but the winner was a young mum and her baby, both wearing attractive and originally designed headwear. 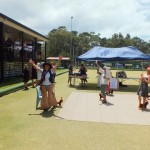 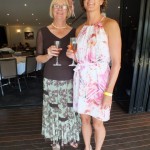 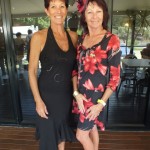 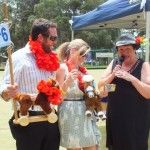 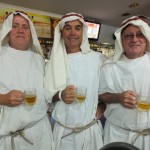 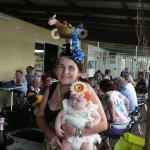