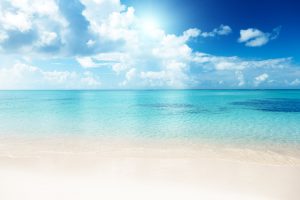 A multi-agency operation will begin this morning to clean-up oil patties which have washed up on Fraser Island.

“A barge delivered about a dozen specialist oil shoreline clean-up workers with equipment yesterday afternoon in preparation for work to begin this morning,” Minister Bailey said.

“They joined about the same number of assessment crews who’d been on the beach from early yesterday.

“More crews are on standby, including Fraser Coast Council who has also alerted workers to be ready to help.”

Environment Minister Steven Miles said the oil patties were thinly dispersed along about sixty kilometres of high tide line from the wreck of the Maheno north of Eurong to Dilli Village in the south, varying from the size of a ten-cent piece to a five dollar note.

“Experience has shown the best way to clean-up the beach is to remove the patties by rake and shovel,” Minister Miles said.

“This minimises the impact on the environment and reduces the amount of additional sand collected.

“This can be a time-consuming and physically demanding process and we have ensured we have sufficient personnel to work on rotation to get the job done.

“Park rangers are also continuing to conduct reconnaissance of Rainbow Beach and Double Island Point as a precaution.

“At this stage there have been no reports of affected wildlife.”

Mr Bailey said a list of ships known to have been in the area over the past week is being compiled.

“Any oil spill incident in the Great Barrier Reef Marine Park or our coastal waters is regarded as serious and we are well-resourced to respond,” Mr Bailey said.

“I want to thank all the crews involved for their quick response who are all playing a part in the operation.

“I also want to urge anyone four wheel driving along the beach to watch out for our crews during the clean-up.”

Maximum fines for a corporation for a discharge offence can include $11.78 million under Queensland law and $17 million under Commonwealth law.