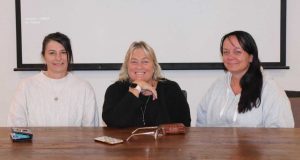 Congratulations to our all women RBCT executive – Diana Cruikshank continues in the role of secretary, with new President, Lee McCarthy and new Treasurer, Kristy Pamenter

Congratulations to the new committee, nominated at the Rainbow Beach Commerce and Tourism AGM.

Mayor Glen Hartwig acknowledged the work past President, Nigel Worthington, has performed in the role, being vocal for Rainbow Beach at the Teewah. 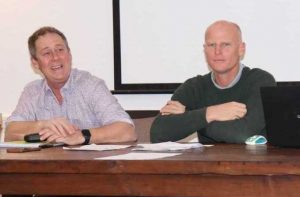 After resigning his role as RBCT President, Nigel Worthington was thanked by Mayor Glen Hartwig

Nigel has also advocated strongly for Rainbow Beach input regarding the K’gari fires, as well as liaising with CCIQ, and instrumental in progressing TV campaigns. Also a big thank you to the past Treasurer, Andrew, and committee members Fiona Worthington and Heatley Gilmore.