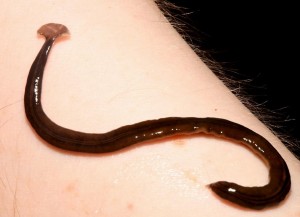 During my university days I recall being fascinated by a particular unit of study – parasites. Leeches were a particular favorite of mine: slimy little blood-suckers that attached to their host and got a ‘free ride’ without contributing anything in return.

Leeches even secrete an anti-coagulant into the wound to stop blood from clotting – hence why bleeding continues even after they have dropped off.

Parasites such as leeches can’t survive on their own – by definition they need a ‘host’ to provide all their needs – and most don’t provide any benefit back to their host.

Fortunately, most parasites are easily dealt with via ‘preventative measures’: insect repellant, for example, will ward off a host of parasites – including leeches.

Many years later I have again encountered parasitic relationships – only this time it is attributable to human behavior.

Living amongst us, a small number of ‘human parasites’ have all the hallmarks of their slimy counterparts: they contribute nothing to society; they can’t survive on their own; they get a ‘free ride’; and they need a ‘host’ to provide their needs.

Indeed, even thefreedictionary.com acknowledges that a parasite can also refer to ‘one who habitually takes advantage of the generosity of others without making any useful return’.

And so it was that the generosity of three Rainbow Beach householders was taken advantage of recently. Three houses in the one street were targeted by thieves who helped themselves to cash and credit cards. None of the ‘hosts’ had taken any ‘preventative measures’ such as locking doors.

Unfortunately, each of the three burglaries was preventable: in each case doors had been unlocked; a key had been left in a door; or vehicles had been left open.

All of these errors in judgment were underpinned by a common Rainbow Beach misconception: “It won’t happen to me…”

Just as insect repellant will keep away leeches, so too will locking your doors ward off their human equivalents!

If anyone has information as to the identity of these thieves, please let us know – we would be happy to engage in some pest control. It would be nice to be rid of them once and for all.

Until then, can we reiterate that most basic crime prevention mantra – lock it…or lose it. Yes we live in a great little community with very few of the problems of bigger towns. But those of you who work or are retired still provide a host opportunity for a thief looking for a free ride…

So, to borrow from a certain brand of insect repellant: remember to lock your doors, and ‘av a good weekend…’