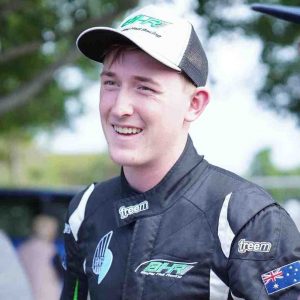 Bayley Hall has just been signed for 2021 by Porsche

How exciting to meet another exceptional Gen Zer who with the help of supportive parents, is living life to the fullest and kicking major goals.

Bayley Hall, with parents Roy and Nadine and sister Shayla, own a property in Rainbow Beach and love to visit as often as they can.

Seventeen-year-old Bayley started kart racing when he was only six, and with dad Roy spent many years at the kart tracks fine tuning his skills with the intention of chasing his dream of being a racing car driver.

The dream was realised with Bayley competing in the Australian GT, Super GT Australia and NSW/QLD Sports sedans in a Mk1 Ford Focus V8. He has been racing nationally even though he had only just recently removed his L-plates on the normal roads.

Porsche in Australia is a support category to Supercars and Bayley will compete in the Michelin Sprint Challenge Cup with the mighty McElrea Racing, who are one of the most professional and most successful Porsche racing car providers in Australia.

“I had the opportunity to drive in a Porsche test day at the Queenssland raceway where I completed 100 laps, thanks to an opportunity from Andy McElrea,” explained Bayley.

“I’m looking forward to the new year, a Sprint Challenge race weekend will have practice and qualifying on a Friday, and racing Saturday and an endurance race on Sunday.”

Bayley has had a great deal of practice on the Porsche Simulator, as the Porsche was a totally different car to anything he had driven.

“It is a totally different car. It is rear engined, left-hand drive, and it’s an aerodynamic car with less horsepower and big tyres,” Bayley said.

“The amount of lateral grip is nothing compared to what I have driven before and – there are no negatives – it was perfect on the day.

“I felt I went well during the trial and during the last day of school I was called into the office and told I had been signed and was now a professional! I feel being a professional race car driver is my journey, it is what I was born to do.”

Bayley has a three-year contract starting with a one-year Challenge Cup followed by two years of the Carerra Cup.

“Once you win at this level, they have a ‘Porsche Shout Out’ in Europe where I will have the opportunity to take part in a multi-day event, where I compete to be the next Porsche Junior Driver in Europe.

“It goes to show how Porsche is Australia’s best pathway to International GT Championships.”

With Porsche, all the cars are identical so it is totally dependent on the driver’s ability, and to further challenge the drivers, there are no driver aids. 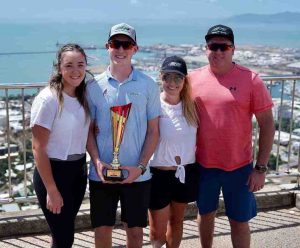 Bayley’s dad has been his engineer for the past two years and now Bayley will have an ex formula one engineer, “I am really looking forward to the new engineer driver relationship,” he said.

“Personally, I think the best way to put how I feel is, it is a dream come true. This is the best opportunity I’ve had and this year is an opportunity to cement my career in Andy’s team.”

To give you an indication of his character, Bayley is still in school, starting grade 12 at Coomera Anglican College and last year topped physics and received another academic award.

Bayley said: “I try to repay my parents by being the best version of myself with school, chores and driving as I can.”

At the start of this year at Bathurst Bayley realised his career and enjoyment was in GT endurance rather than Supercars.

“I always had the confidence in myself, so when Dad asked if I was ready I said ‘hell yeah’ and here we are today going for the GT – I always had the belief – I just had to make it happen.”

Bayley acknowledges the role his family have played. “Mum and Dad have done everything for me from karting to jumping into a race car at 14 and putting me into the best situation I could be in for success.

“My sister Shayla does all my photography and looks after the social media platforms and videography.”

Bayley is also completing a Certificate III in Business, working with his father one day a week in his financial planning business, Hall Finance and Insurance Solutions, which continue to support Bayleys racing financially.

Hall Finance is Bayley’s only sponsor, but now he is in one of Australia’s most highly regarded cars and teams, the benefits for a sponsor are much more professional and beneficial for those who support Bayley. It would also be a big relief for the family as it’s such an expensive sport.

The family love Rainbow Beach, with Mum Nadine saying she first came with her parents in 1995/6 to camp at Teewah and she has been coming back ever since.

“We had the best family memories of my childhood and loved surfing, riding the scooter for bread and milk and using the change to buy warheads.

“It was safe to walk into every cafe with no shoes on and it’s still pretty cool and usually pretty quiet.”

Well done Bayley, we are all behind you.