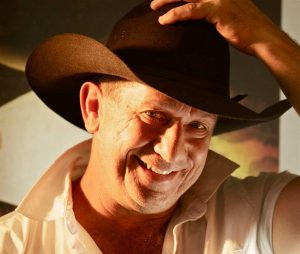 Lance Friend will also be performing on November 30 at the Rainbow Beach Sports Club for a free show, as a special preview of the Country at the Beach event on December 1.

Lance Friend is an artists who delivers his own honest, intelligent, ageless and unique style of Australian country music.

Bursting onto the country music scene in 2004 with his first band ‘Friends in No Places’. Lance travelled across the country visiting radio stations self-promoting his first CD. In 2012 he released his solo album entitled The Album.

After three years off, he’s been focusing on writing music and travelling Australia – he is now in the studio recording his new album set to be released early 2019.

He writes all his own music, finding inspiration from life experiences and travels.

Based in Queensland, see Lance and his new band The Murky River with their unique Country Rock Grass sound and their energetic performance from 8pm until late, and more during Country at the Beach.