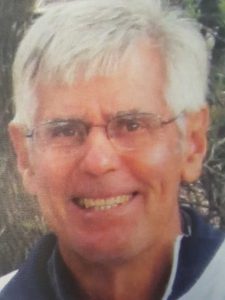 After Ian was born in Eumundi, Queensland, the family, including three sisters, moved to Wynnum where he completed his education.

His working life was with the Queensland Government, firstly with Aboriginal and Island Affairs, followed by the Department of National Parks, Wildlife Environment and Heritage.

During holiday times, the family had many trips to Rainbow Beach where Ian eventually bought land to build his own home. He lived in Rainbow for his last 14 years, pursuing his love of nature and the social network he had made within the community.

He had a passion for travel and outdoor activities, such as nature walks, kayaking, aqua aerobics and line dancing. He was also very involved in tracing his family history.

Ian developed a special bond with the Rainbow Aqua Group and joined them after classes for coffee at different locations daily – ensuring the community was supported.

Ian is dearly missed every day and we often think of him, his enthusiasm and his quiet unassuming nature.