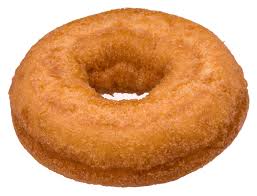 This time last year I penned an article outlining the poor driving behaviour and attitudes I’d witnessed that month.  Now, 12 months on, I think I could almost write the same article again.

During a routine patrol of Teewah Beach last month I met up with a young ‘P’ plate driver who had been putting on a show for his mates sitting up on the dunes. His display of ‘fishtails’ and ‘donuts’ was being enthusiastically cheered on – until everyone caught sight of the police car approaching.

Now, as a police officer I am quite partial to a good doughnut – but not the kind that this young fella was offering.  His ‘donut’ was not only putting his own safety at risk, but also that of some nearby families and fishermen.

The fact that his breath alcohol concentration was 0.116% certainly didn’t enhance his driving ability – or his memory for that matter. According to his recollection he was simply moving his car out of the way, so his mate could drive to Freshwater to use the facilities;

and that was the version he valiantly stuck with until I pointed to my dashcam.

As he sat in the back of the police car with his head in his hands – being consoled by the same idiots who had been cheering him on minutes earlier – all he could say was, “the last thing Mum told me before I came up here was don’t drink drive”.

I know I go on about road safety in my articles, but these are the kind of people you are sharing the road and the beach with. Not only do they have little regard for traffic and other laws, some are actually proud of their efforts to break them; and in the process they compromise the safety of other road users.

Safety on our roads and beaches will be a priority for police as we approach the Christmas school holidays. So please, if you are travelling over the holiday period, don’t drink and drive, be patient, drive safely and stay alert.  It could save your life!