By Marian Young, author of Lights of Cooloola

This image was an early Cooloola Coast visitor map that looks like it was a draft for tourism.  I don’t know if it was printed. Laurie Ballard, one of the first residents at Rainbow gave it to me.

Other town maps were on it too. This map would be of interest to a lot of locals as the names of various fishing spots are shown. I can’t find a date for it but it also has a Rainbow Beach map on it. So, early eighty’s, I guess. 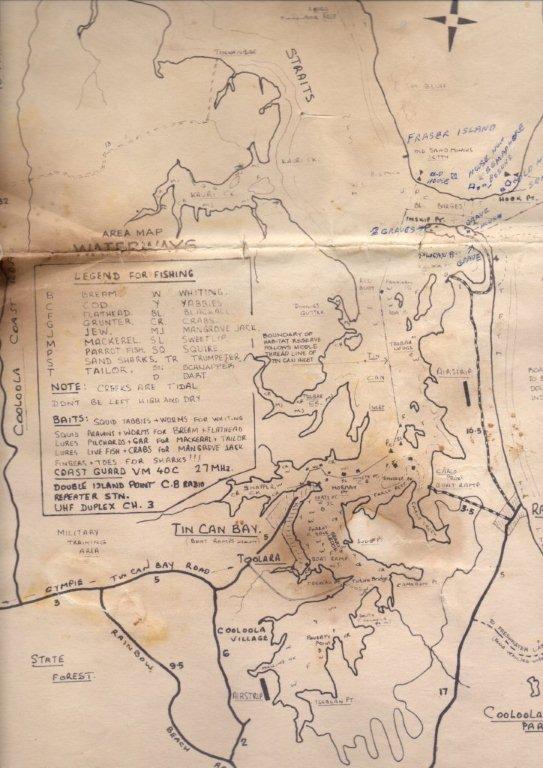