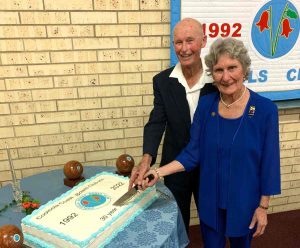 On Saturday 4 September 1991 there was a public meeting held at the Tin Can Bay Progress Hall with the purpose of forming a new bowls club. The vision was to have the club owned and managed by bowlers for the benefit of bowls in the area and into the future.

Land was acquired from the then-Widgee Shire Council and with a temporary home at the Cooloola Coast Complex building, the vision for the first stage of the new bowls club was brought to fruition and 14 June 1992 saw the first green officially opened by the President of the Royal Queensland Bowls Association Mr A. Sinclair.

The green was built by a dedicated voluntary workforce that battled blistering heat and torrential rain to achieve its vision and is a testament to the tenacity, determination, and dedication of the gentleman and ladies who were mostly in the 60 and 70 age bracket. 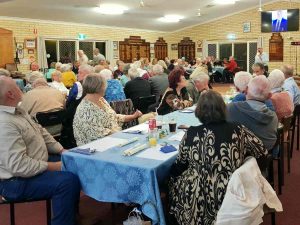 Speeches and stories before packing the dancefloor

On Tuesday 14 June 2022 members both past and present, supporters, and stalwarts celebrated 30 years of history at the Cooloola Coast Bowls Club with an event that had memories reminisced and many stories told.

The 30-year-old club values friendship, sportsmanship, and camaraderie both on and off the green, and welcomes visitors and new members heartily.