Home  »  Things to See and Do   »   Great happenings at the Rush Festival! 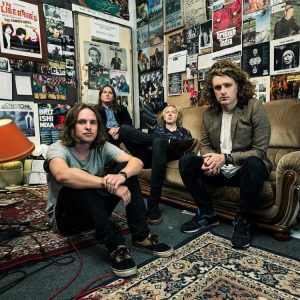 Get set for a good time! The Gympie region is fast becoming one of Queensland’s premier festival and event centres, and the annual Rush Festival, proudly presented by Gympie Regional Council, is one of the biggest drawcards.

As the region nears its 150th year of celebrating the discovery of gold, the Rush Festival will showcase an exhilarating and diverse program of music, visual arts, film and free outdoor events throughout the month of October.

The festival will be well and truly kicked into gear on Sunday, October 2 by Australia’s leading urban/pop group, Justice Crew. Performing in Gympie for the first time, the band achieved the top spot on the ARIA charts with their debut single, Boom Boom, and has gone onto achieve two smash top ten, double platinum singles. Get your tickets at ticketbooth.com.au, or at Gympie Musicland on Mary Street.

One of the sparkling gems in the crown of Australian film festivals, the Heart of Gold International Short Film Festival, held from Thursday 6 to Sunday 9 October, aims to showcase well-crafted films from around the world that deeply resonate with the viewer.

Industry masterclasses, a spectacular opening night gala, awards night, family events, and over 100 handpicked shorts from all genres, will combine to ensure a festival experience like no other. And to top it all off the event organisers are privileged to welcome Michael Caton to its Jury this year.

With a long and celebrated career in Australian television and film, Caton recently took out the coveted AACTA Award for Best Actor for his performance in the box office smash feature film, Last Cab to Darwin.

Next up in the festival’s stellar calendar of events is the Gold Rush Festival, to be held in Nelson Reserve, Gympie, on Saturday October 15. Featuring a classic car and bike show, kids’ activities and rides, a parade down Mary Street, and live local entertainment throughout the day.

See Mental as Anything on October 15

The event will conclude with a free performance from Australian rock icons Mental as Anything, supported by local rising stars Emma Beau and Linc Phelps, and a laser light show. This is a great day out for all the family.

If comedy is your thing, head to the Gympie Civic Centre on Thursday, October 13 when the boys from the hit television show and movie franchise Jackass arrive in town. Touring Australia for the very first time, their epic stage show is incomparable to anything else you’ve ever seen.

The festival pulse quickens on Sunday, October 23 when Gympie welcomes some of our top acts to the stage at the Rush Concert, to be held in Nelson Reserve between 5 and 9pm.

It is a free event featuring 90’s hit-makers Taxiride, Triple J favourites, British India, ARIA-Award winning 28 Days, and hot newcomers, Hoo8Hoo. Scared Weird Little Guys have reformed exclusively for this event and will be entertaining the crowds with their unique sense of humour. This is a rare opportunity to see some great acts for free, and all right here in Gympie.

Media Release Mayor, Mick Curran, says, “The Rush Festival is well and truly putting Gympie on the map and showcasing all of the amazing cultural offerings that our fantastic region has to offer.

“We love our live music and being able to bring the likes of Taxiride, British India and Mental as Anything here, and to put on a free show for the community, shows that our region is well on its way to being recognised as one of the country’s festival hotspots.”

For further details of all events, visit rushfestival.com.au.