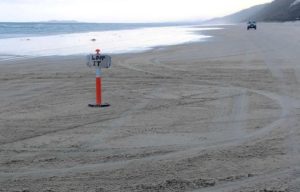 Early last month I found myself in the Surf Club carpark sweating profusely in the afternoon sun as I wrestled with a screwdriver, desperately trying to remove a set of registration plates from the old, rusty car I’d just pulled up.

The driver of the rust bucket had a suspended licence and, apart from his frustration at being impeded in his quest to get to the Surf Club bar, he didn’t really seem to care. He had been caught twice before in the past year for the same offence which is why I found myself, screwdriver in hand, getting strange looks from passers by.

This month marks five years since the State Government passed legislation cracking down on illegal street racing and hooning.

The ‘GO TOO FAR, LOSE YOUR CAR’ campaign introduced new laws to improve road safety and deter repeat offenders by taking their cars away. Under this legislation, hooning and other reckless driving offences were broken into two categories, designated Type 1 and Type 2 offences.

Law-abiding motorists have not been affected and probably don’t even know what I’m on about, but those who go too far and repeatedly break road safety laws risk being in the same situation as old ‘rust bucket’ mentioned above, or possibly worse.

Unlicensed driving is just one of the offences contained in the Type 2 offence category. Others include:

Drivers committing their first Type 2 offence receive no sanction apart from a ticket or court appearance. However, for the second Type 2 offence, the driver’s vehicle will be immobilised by number plate confiscation or impounded for seven days.

It just gets worse from there, with the penalty increasing to 90 days for the third offence and you can probably guess what happens if you still haven’t learnt your lesson – fourth Type 2 offence – CAR GONE!!

If you’re a proper hoon and enjoy doing burnouts, racing, engaging in speed trials, operating a vehicle in a dangerous manner, driving carelessly or evading police (all Type 1 offences when committed on a public road), the news is even worse for you.  You’ll lose your car for 90 days the first time you’re caught and then, forever, the second time.

You may think that is all a bit extreme and these types of offences don’t happen that often, especially down here on the coast. Well, think again!

So far, in 2018 local police have prosecuted 23 drivers for committing either Type 1 or Type 2 offences and more than half of these drivers had at least one previous, similar offence.  So, let’s just say the screwdriver is becoming an important part of the kit bag!

Only last week I did a patrol down Teewah Beach and was astounded by the amount of hoon activity carved into the sand for all to see.  At the southern end of the camping zone I even came across a campsite encouraging this type of behaviour (see the attached picture).

I managed to catch two of the many hoons on the beach that day. While I was writing the first ticket I noticed a bloke walk past and give me a ‘thumbs up’ and then, on a different part of the beach, I got a standing ovation for writing the second one.

I’d like to think that these small gestures are representative of society’s attitude towards this kind of behaviour.

You can do your part to end hooning on our streets by reporting dangerous and reckless driving to the Hoon Hotline on 13HOON (13 4666) or submitting an online Hoon Report on the Queensland Police Service website.

And if you’re part of the problem, remember, ‘GO TOO FAR – LOSE YOUR CAR’.