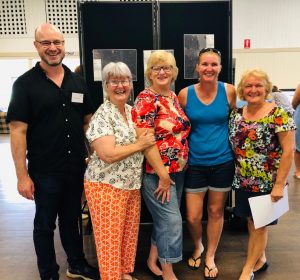 One of the largest grid-connected wind farms in the southern hemisphere is a step closer for the region, with the government granting development approval for Forest Wind.

The government said the project, which is proposed to comprise of up to 226 turbines, would provide a “huge boost for the local economy.”

At a community meeting at the Kia Ora Hall last month, project developers from ClearSight, James and Jane Pennay, said: “So far we are very pleased with the level of interest in the project and especially pleased with positive feedback we have received.”

One Kia Ora resident said: “At the end of the day, renewal energy is a good thing. I don’t think it will affect us. We’ll be able to see it but I don’t think we’ll hear it.”

While another Kia Ora resident said: “It’s just an eyesore and if they (the turbines) burn out, they sit up there for years. We are going to end up having them all over the country here – they are just an eyesore.”

Councillor Mark McDonald said his son, Paul McDonald, runs Mount Emerald Wind Farm, west of Cairns and said: “I think once people get a better understanding on how wind farms operate and the benefits of employment in the construction stage, I’m quite confident this is going to be a win-win for the coast, and further it is going to be a win for retailers on the coast who need it.”