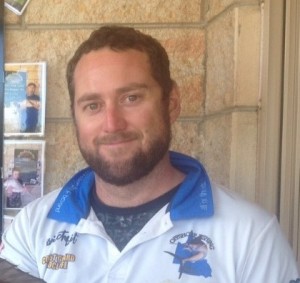 At long last it looks like the Greenbacks have arrived on local beaches with several reports of good size fish over the 1kg mark in reasonable numbers.

Not a great deal of reports from inside the bar this week however there will still be a few flathead around the usual haunts such as Alligator, Carlo and Kauri creeks.

Try for summer whiting around Ida Island or around the entrance to Kauri creek. Head out early and get some fresh yabbies, then fish the same area on the making tide.

Our mid-month rain should hopefully stir things up a bit and it may be worth soaking a few crab pots!

Earlier in the month, the Straits were a little quiet with only a handful of reports of flathead, whiting and the odd chopper tailor being caught. The offshore scene has been firing with plenty of snapper, pearl perch and sweetlip coming from the close in reefs.

The run of great weather we have had over the past few weeks has seen a number of smaller vessels headed out over the bar in search of a few reefies.

The beach has been fishing fairly well with reports of good whiting, bream, flathead and even the odd jew.  The odd chopper tailor is also about and we have had reports of bait fish moving north, so hopefully the tailor won’t be far behind them.

We did manage to get down to the Australian Fishing Tackle Association trade show on the Gold Coast a few weeks back to check out a few of the new product releases.

Whilst I could go on about it for ages, all I will say is there are some great new products coming out over the next few months that are bound to get a lot of interest.

Until next month have a great weekend and stay safe on the water.