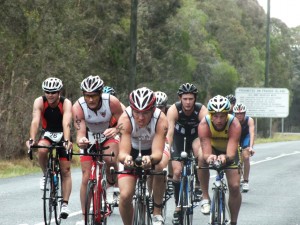 It was opposites on the weather front for Day 1 and 2 of the Rainbow Beach Double Triathlon. Day 1 was blustery and wet for the active kids and first timers and was followed by a radiant Sunday. Although the sun was shining on Day 2, the strong sweep made the much anticipated ocean swim impossible for two days in a row.

The Run Inn’s Phil Hungerford said there was a good turnout despite the weather, especially from the Sunshine Coast. Numbers have certainly grown from Coolum and the Sunshine Coast Triathlon Academy. Hervey Bay and Bundaberg were also well represented.

The sport is growing, he said, “We had to schedule this events round Tough Mudder and The Gold Coast Challenge Race – there’s lots happening in South East Queensland.”

“Competitors are using Rainbow Beach as their final hit out before they go to the World Championships in Edmonton, Canada. Rainbow Beach is attracting a high calibre of triathletes, there is an elite field of top end racers.”

Winners of the Double Tri, competing both days were Jarrod Harvey and Anne Alford (first), Steven Schofield and Victoria Gillies (second) and Lars Olsen and Jennifer Stack (third). Hervey Bay beat the team from Bundaberg by only by 5 points.

Entrants thanked locals, event co-ordinators, volunteers and supporters who stood out in the cold and windy rain to cheer. We look forward to seeing the triathletes and their families once again – visit for an active or relaxing weekend in Rainbow Beach soon! 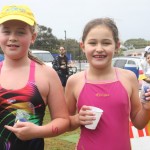 Local competitors Annie and Jas finished the Under 9 race in no time! 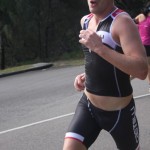 On the downhill run… 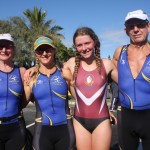 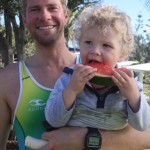 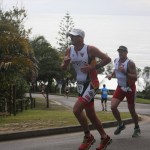 What a view for the runners 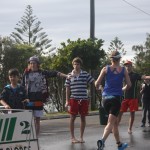 Local helpers (and a ring in) at the water station 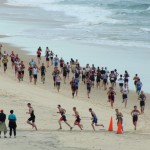 The swims were replaced with a beach run 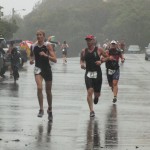 Miserable conditions did not stop the fierce competition on Day 1 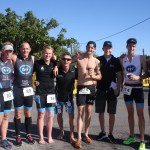 Coolum was well represented on the weekend