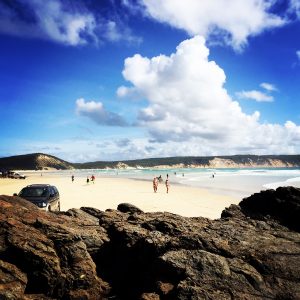 Australia’s peak travel journalism organisation – the Australian Society of Travel Writers (ASTW) – will hold their national convention and awards event on the Sunshine Coast in August 2017, to help celebrate the 50th anniversary of the official naming of the region.

Visit Sunshine Coast’s success in winning the bid was announced at the completion of the 2016 ASTW AGM & Awards event being held in Cape Town, South Africa, over the weekend. Previous ASTW AGMs have been held in many of the world’s premier city and resort locations including Shanghai, Bangkok, Seoul, Saigon, Cairns, Sydney and Uluru.

The Sunshine Coast will host the gala event on the weekend of 18 – 20 August 2017, and will involve pre and post familiarisation (famil) programs to showcase the diversity and richness of the region’s attractions.

Some 100 of Australia’s leading travel writers, photographers, broadcasters and bloggers are expected to attend the event, along with a further 50 to 80 travel industry representatives.

The annual general meeting and awards night will be held at the Novotel Twin Waters Resort, and partners include Visit Sunshine Coast, Sunshine Coast Council and Tourism and Events Queensland. Tourism operators from across the region will be invited to participate in the event and famil program.

Commenting on the successful bid, Visit Sunshine Coast CEO, Simon Latchford, said that hosting the Australian Society of Travel Writers annual event would put the spotlight on the region’s remarkable diversity of attractions.

“We know that many of the writers have been to the Sunshine Coast in the past, but the region’s tourism has matured dramatically in recent times and it will provide a great opportunity to show that we also have outstanding attractions beyond the coast, with the Glass House Mountains, Hinterland and Gympie regions all having great stories to tell,” said Mr Latchford.

“I’m sure those travel writers who have never previously been to our beautiful part of the world are going to be very impressed with what they see and experience, and those who are returning here will no doubt be relishing that opportunity.

“The promotional value derived from hosting travel writers from around the world is enormous. The world is coming to the Sunshine Coast and we will roll out the welcome mats.”

“Hosting many of Australia’s leading travel writers on the Sunshine Coast is a great way to showcase the destination to an audience who tell their stories to millions of readers,” Ms Coddington said.

“The destination offers so much not only for business events such as this but for holiday experiences and attractions which bring visitors back again and again.”