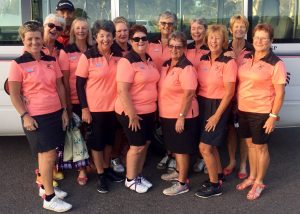 The TCB Golf Club Ladies Pennant Team won convincingly against Noosa at Cooroy and look forward to the next match play against Mount Coolum at Noosa.

It looks like it will be another exciting year for the Tin Can Bay Ladies’ Pennant Golf team.  They will be competing in the Bronze Division against Sunshine Coast teams including Noosa, Mount Coolum, Maroochy River, Noosa Springs and Cooroy.

With some timely rain during the month, the course is looking green throughout and ready for local and visiting golfers to enjoy.  To organise a game, phone 0484 005266 at the Starters Box.