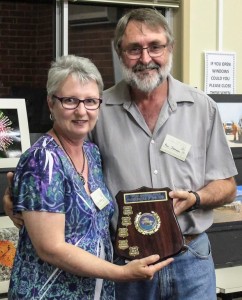 Tin Can Bay Camera Club members saw the culmination of 2014 with the Annual Presentation Night and judging of the year’s best images. Members were invited to submit three print images from the year’s print competition entries for judging, regardless of whether the images had won awards in those competitions.

‘It was a very hard decision in both Grades,’ she said. ‘The standard is very high. The club has some very talented photographers and it’s wonderful to see how it has grown from its humble beginnings in 2006.’

After consideration, Anne awarded Best B Grade Image to Pat Charters (“Paddling Along”). Pat also took out the Runner-Up award with her image “Autumn in Sydney” and Highly Commended for “Morning Papers”. Peter Cahill also received a Highly Commended for his image “The Fishing Boat”. 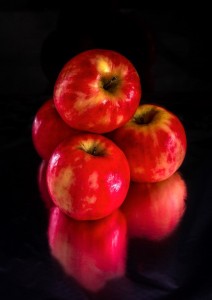 In A Grade, the competition for Best Image was very tight, with some stunning images submitted. Nevertheless, after consideration, Anne selected Julie Hartwig’s image “Pink Ladies” as Best A Grade Image of 2014. Ron Johnson’s image “The Dude” took out the Runner-Up award, while Kerry Leyland’s “Would You Like Ash With That?” and Jan Blackshaw’s “Farewell to Fraser” were awarded Highly Commended.

The members also got to choose their favourite images from both grades and after all the votes were counted, Pat Charters image “Autumn in Sydney” took out the B Grade People’s Choice Award from Runner-up Peter Cahill’s “The Fishing Boat”. In A Grade, the voting was close. The People’s Choice award went to Julie Hartwig’s image “I’m Watching You”, while Kerry Leyland (“Would You Like Ash With That?”) and Diann Bourke (“Eye of the Tiger”) shared the Runner-up prize. 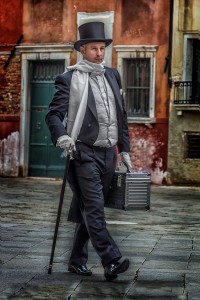 Ron Johnson’s “The Dude” took out the Runner-Up award

Pat Charters received the Committee Award for amassing an amazing 56 points in her first year with the club and for being a very enthusiastic member.

2015 will kick off on Wednesday 21st January, with the judging of the first club competition of the year. The subject is “Open”.

Tin Can Bay Camera Club welcomes anyone with an interest in photography. For more information and to view all the winning images, plus images from the Club’s recent retreat at the Bunya Mountains, and much more, visit the club’s website at www.tincanbaycameraclub.wix.com/tcb-camera-club.