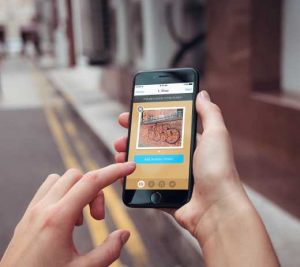 Dumped rubbish, abandoned trolleys, graffiti, and the list goes on. There are many causes of frustration for residents in any community as they go about their day. Yet for most people, whilst the issue is annoying, having the time to report it or the knowledge to know where to report is too hard, so often the issue is never addressed.

As easy to use as its name suggests, smartphone app Snap Send Solve allows anyone located in Australia or New Zealand to report an issue in just 30 seconds and have it automatically sent to the correct council or authority for repair.

Today, more than 500 councils and authorities are registered to receive reports and the app has been downloaded over a half million times, with the residents of Gympie embracing the technology with a 25% increase in the number of reports made in the past year alone.

Snap Send Solve CEO, Danny Gorog says he came up with the idea for Snap Send Solve after he took his son to the local park and he couldn’t use the swing as it was broken but he didn’t know what to do about it.

“Users really seem to love the app as it as they see prompt action taken, whilst councils and authorities appreciate the ability for the reports to easily connect with their existing systems, allowing them to automate requests and respond quickly.”

Snap Send Solve is available on the App Store or Google Play.