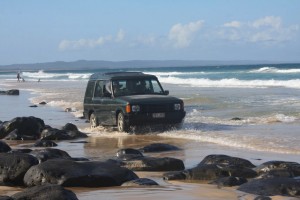 Locals have fought against the beach fees, we have the exemption for now – make sure you apply for yours

MP Tony Perrett visited region the last month to conduct mobile offices, attend a Morning Tea at Tin Can Bay CWA Hall, the Cooloola Cove Residents and Friends at Veterans Hall, and constituent meetings at Rainbow Beach. He gave this update at the Rainbow Beach Commerce and Tourism Meeting:

Tony talked about the current beach driving fees exemption for Rainbow Beach residents.  Apparently the government was planning to reverse this decision and make us pay again.  Tony became aware of the move and was able to stop the motion for now.  He recommended that all Rainbow residents apply for their beach driving permit while you can, it will assist with upcoming reviews of the exemption.

Tony mentioned the large amount of coverage for Inskip both nationally and around the world.  He visited the site the day after the erosion event and has briefed the opposition Minister for the Environment.  He advised that Geotechnical work was being undertaken and felt that this was a good thing and he further indicated that he had been in touch with the current state Environmental minister to reinforce that if there were to be any management changes the community must be involved.

Tony indicated that he would follow up concerns with Main Roads about the future plans for Gympie Tin Can Bay Road and Rainbow Beach Road.   Members had concerns about increased traffic and although seasonal it was agreed that the traffic flow in general had increased. He also advised that the upgrade of Coondoo Creek was of high priority and in an advanced stage. Expect movement on the bridge before any road upgrades.

Not  a great deal to report other than the fact that state members bordering Gympie Region were expressing interest in the link road occurring.  There is also additional support from Noosa shire for this to occur.  Discussions continue between Cooloola Way and Counter Road with the latter the most likely.

In looking at a region overview Tony discussed the Bruce Highway upgrade.  Stage C will be four lanes currently at tender stage and construction due to commence in February 2016.  This will see a dual carriage way all the way from the Sunshine Coast to Gympie.  The Gympie bypass Stage D to Curra  is a much bigger project and is a while away.

Council helps us light up for Christmas

Mark Beech advised that Gympie Regional Council has $5000 allocated for Christmas lights. Suggestions of where to place lights near beach for photo opportunities for tourists over Xmas were invited.

Beach Step work was to be completed by Christmas Holidays and no work has been commenced. Mark Beech will follow-up with Gympie Regional Council.

Town entrance work has not commenced. Five images are to be placed against the existing fencing.

The next Rainbow Beach Commerce and Tourism meeting December 15, venue to be confirmed.