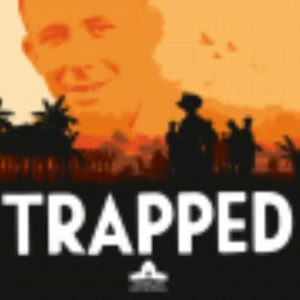 One of the disappointing event closures this year is the annual ANZAC Day Parade held in every town and city in Australia.

It connects the generations and a recent increase in the number of young people engaged in the march indicates the national pride in our war heroes and our country.

It has been suggested that residents who wish to show respect, stand at the end of their driveway with a candle at 5.55am on Saturday April 25, and hold a minute’s silence.

On the Australian War Memorials website is a six-part podcast entitled Trapped, awm.gov.au/learn/podcasts/trapped, produced in conjunction with Melbourne writer and author Tom Trumble.

Trapped delves into the remarkable story of Flight Lieutenant Bryan Rofe and his men, who in 1942 were taken to the limits of human endurance as they spent 58 days evading Japanese patrols in the Timorese jungle.

The story is brought to life in vivid detail by Mr Trumble, who is the grandson of Flight Lieutenant Rofe. Through first-hand accounts and official records, Mr Trumble follows the experiences of the 29 airmen stranded on Timor, the men who risked their lives to rescue the stranded airmen, and those sent to hunt them down

Using diaries of the airmen and wartime records, and through interviews with survivors, Tom Trumble has powerfully brought his grandfather’s story to life for today’s generations. It is a story that is compelling whilst being intensely personal to him, and this passion for his family and its history is reflected in this powerful piece of storytelling.

Don’t forget the Diggers on the 25th and by listening to this podcast it will give you real insight into World War II.