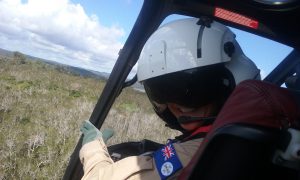 Residents of the Cooloola Coast may see some low flying helicopters from 3-6 May thanks to Biosecurity Queensland’s work to monitor the potential spread of Bitou Bush.

Bitou Bush is a highly invasive weed that is known to out-compete and eliminate native flora along coastal dunes.

“Last September, our Lands Protection team worked alongside Biosecurity Queensland during a five-day blitz of Rainbow Beach to remove the weed from our coastal areas,” Cr Waldock said.

“And we are appreciative of Biosecurity Queensland’s ongoing surveillance of the area so we can take action quickly to stop the spread of this pest.”

The Biosecurity Queensland helicopter survey will cover an area from North of Teewah to Double Island point and Southern Fraser Island.

This survey will be backed up by an on-ground survey later in the year, which council Lands Protection staff will take part in.

Originating from southern Africa, this weed can be found in isolated spots in the coastal areas of Inskip, Rainbow Beach and the Cooloola Coast, on the Noosa headland, on North and South Stradbroke Island, Moreton Island and southern Moreton Bay Islands, as well as scattered along the Gold Coast beach strip. 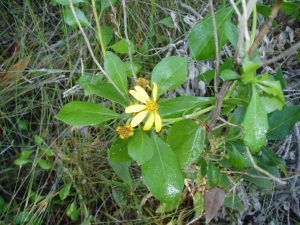 “The seeds remain viable for at least two years, so it can easily get out of control.”

This invasive pest weed is one of the few weeds where sightings must be reported to Biosecurity Queensland within 24 hours.