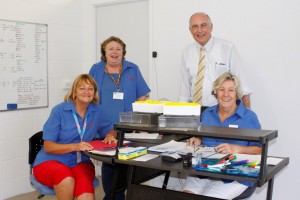 Located at 25 Bream Street, Tin Can Bay, it was allocated $120,000 from the Coalition Government’s Community Development Grants Programme and the use of land provided by the Queensland Government.

Mr Truss said that the old Ambulance Building was no longer suitable for its previous purpose, “It was fantastic that Jack Dempsey made it happen.”

He thanked the CCMT volunteers, saying there was so much community participation within the service, and to extend the shed to house six vehicles and refurbish the old station into office space. 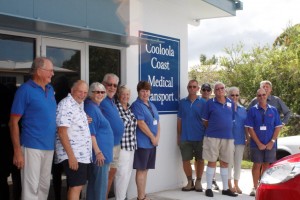 President Anne Morris was grateful to Mr Truss for “waving his magic wand with state. Starting from scratch was too expensive, but now we have a first class facility. We are very proud of what we have done.”

Anne applauded everyone, including very generous local businesses and volunteers who helped with the build and all the drivers, car cleaners, office staff and fundraisers/bingo helpers.

The 30-year lease ensures certainty for the not-for-profit organisation that provides such a vital service; helping elderly, frail and disabled residents access the medical services they need.